(n). A feature of top-down design in which a model sets and defines design intent and product structure at the beginning of the design process.

What is a Skeleton Model?

Being at the “top” of your top-down design, you can use standard skeleton models to identify datums and surfaces that will indicate where to place individual components within your assembly levels.

What is the difference between a component and a part?

A component is a child of a parent assembly, while a part is a standalone, singular object. A component can be either a part (PRT) or an assembly (ASM).

Skeleton models have to be oriented and placed correctly in order to line up in the right way. Datums and surfaces allow engineers to orient and place parts more accurately.

Datums include coordinate systems (csys), points, axes, planes, curves/sketches. By adding datums to a skeleton model, you can more easily assemble components into an assembly. Surfaces include surface boundaries of solid geometry. With defined surfaces, skeletons can guide other parts to not overlap within the model.

D.PRT and F.PRT would need datum axes indicating the holes where they are screwed together. These hole axis references can be populated in the skeleton model, with D.PRT and F.PRT referencing the skeleton – if a hole axis moves, it will update both D and F. Additionally, a skeleton model would help define the entire car door (A.ASM), by showing where each child part will meet. 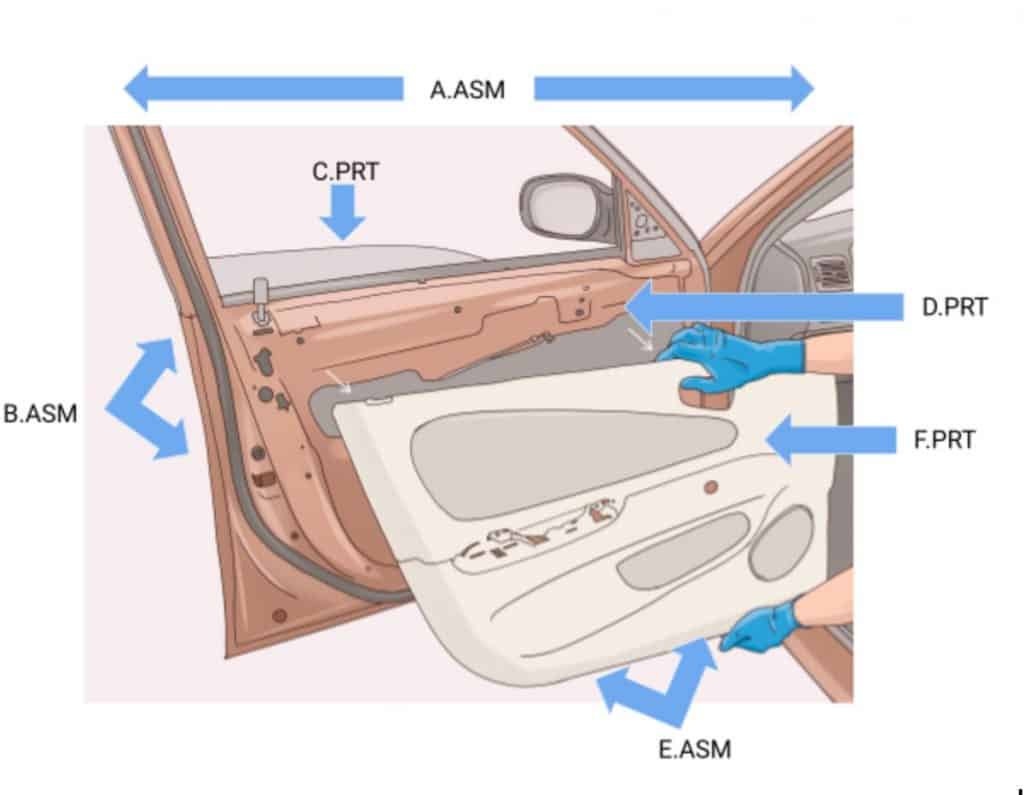 Why are Skeleton Models Unique?

A skeleton part has the same PRT name convention as a regular PRT, but Creo sees it differently. Creo gives it a special designation of being a “skeleton” so that other individual parts can reference it without having to go through the process of an external reference. As explained in “Working with External References”, if an engineer does not use a skeleton part, they would have to use external references, causing the model to load unnecessary assemblies and components to find the correct reference.

Because skeleton models are a nonsolid part, they are excluded from mass and surface properties as well as Bill of Materials. This makes skeleton models unique from regular parts.

Use Cases for Skeleton Models

Skeleton models provide a streamline interface between components within an assembly. This allows engineers to start with a concept, break down the design into skeleton models, and then assemble components relative to those skeletons.

Skeleton models can improve how engineers do top-down design. As models become more complex, it becomes increasingly important to have clear best practices for skeleton models. By doing so, you can eliminate hours of wasted time loading extraneous assemblies or re-linking subassemblies.

Stay tuned for additional blog posts on best practices for skeleton models and configuration settings to improve model performance and manage complex assemblies. In the meantime, if you’d like a deeper dive, see this prior blog post on assembly interface management. 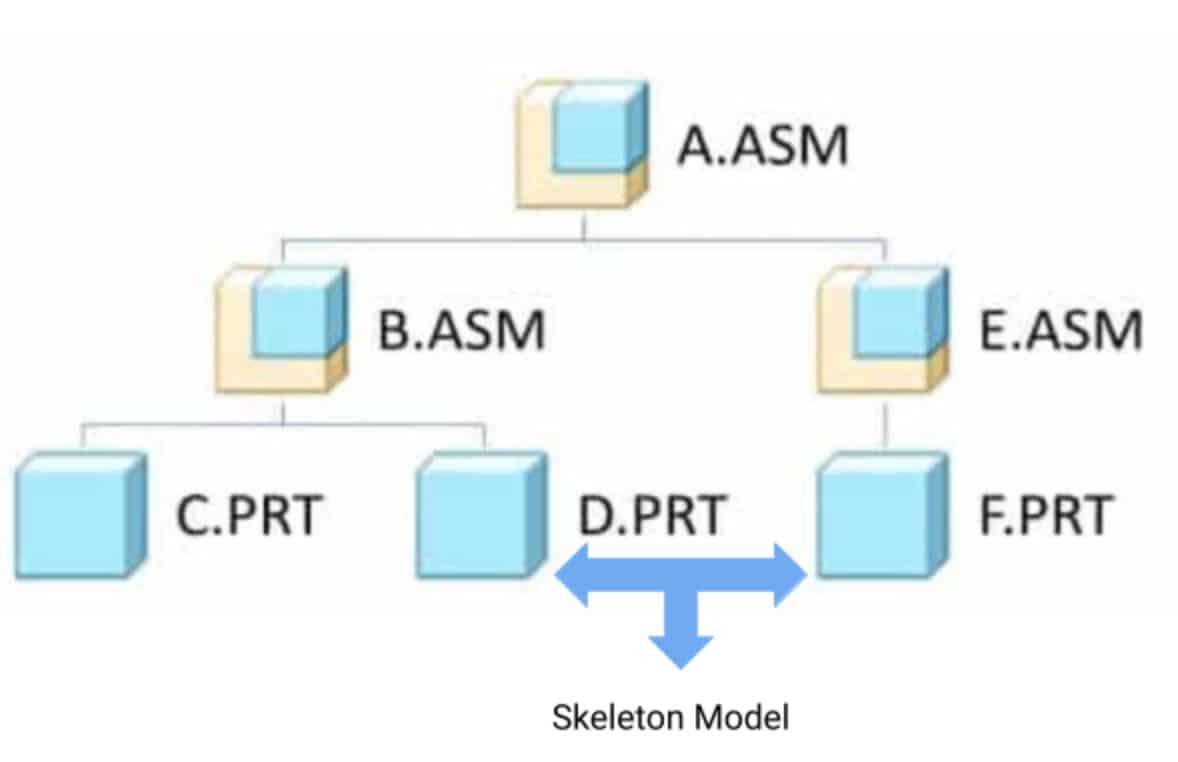 Interested in how skeleton models can help you avoid external references?

Check out this article.